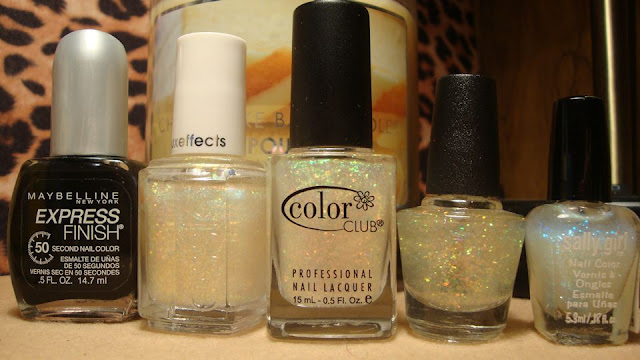 Something I've been meaning to do for awhile is swatch polishes that are very close in similarity to the ever popular Shine of the Times by Essie. If you hadn't heard, that polish was discontinued sadly. You can still order it online here and there, but it's becoming more difficult to find.

I also got my old camera going, and boy is there a difference in quality of pictures! I missed it.

I used the following:


I threw the Sally Girl in there for the hell of it, because it'd look weird to only swatch polishes on 3 out of 4 main fingers. (Excluding the thumb.) It's similar  though it doesn't have any orange tint to it. Just blue mostly, and it's tiny flecks. 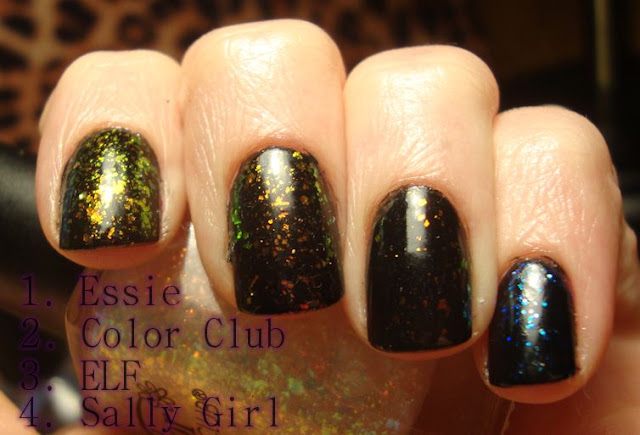 As you can tell, Essie is still the winner by far. Application was the best, one semi thick glossy coat and you're good to go. No struggle, no gloop, little mess. It pretty much applies itself!

Color Club comes in second place, good application, though you don't get as many flecks compared to Essie's. You could probably get the same amount if you wanted to do two coats.

ELF was pretty crappy to be honest, it applied okay but it has a funny smell. It looks so watered down compared to the others that I don't think it's really worth the $1 unless you want many many goopy stinky coats of it.

And the last one I threw in, the tiny Sally Girl, I would actually rank it above the ELF polish though it's not a dupe for SOTT (Shine of the Times!) at all.

I got some more pictures of them as well, so check out the rest of them below! 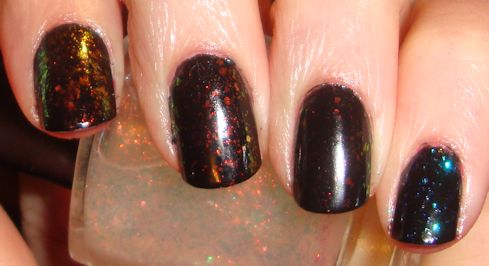 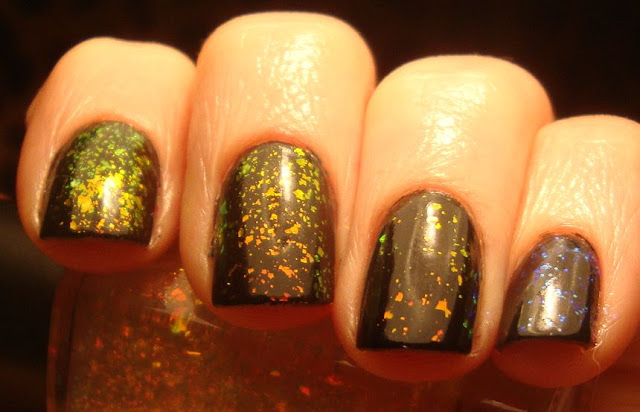 How many polishes are in your collection?